Deep within the mountains of Italy, a small village resides. A close community of shepherds, merchants, mothers, and children living in poverty in the lush countryside of Italy. One day, the sound of flute music was heard throughout the village. The children, playing soccer in the streets, stopped and looked in the direction of the sound. The mothers peered out of their windows to see the commotion. To their excitement, a wandering Jester gathered the population of the town together for a performance. For the next hour, the only thing to be heard was the laughter of the townspeople and the only thing to be seen was the smiling faces of children nearby. The village was brimming with life and as the sun began to dip below the horizon, the Jester quietly packed up his belongings when a kindhearted shepherd took off his hat and passed it around the crowd as they offered the money they could spare. The Jester stood in surprise since the only show of gratitude he wanted and needed was nothing more than the laughter of his audience. 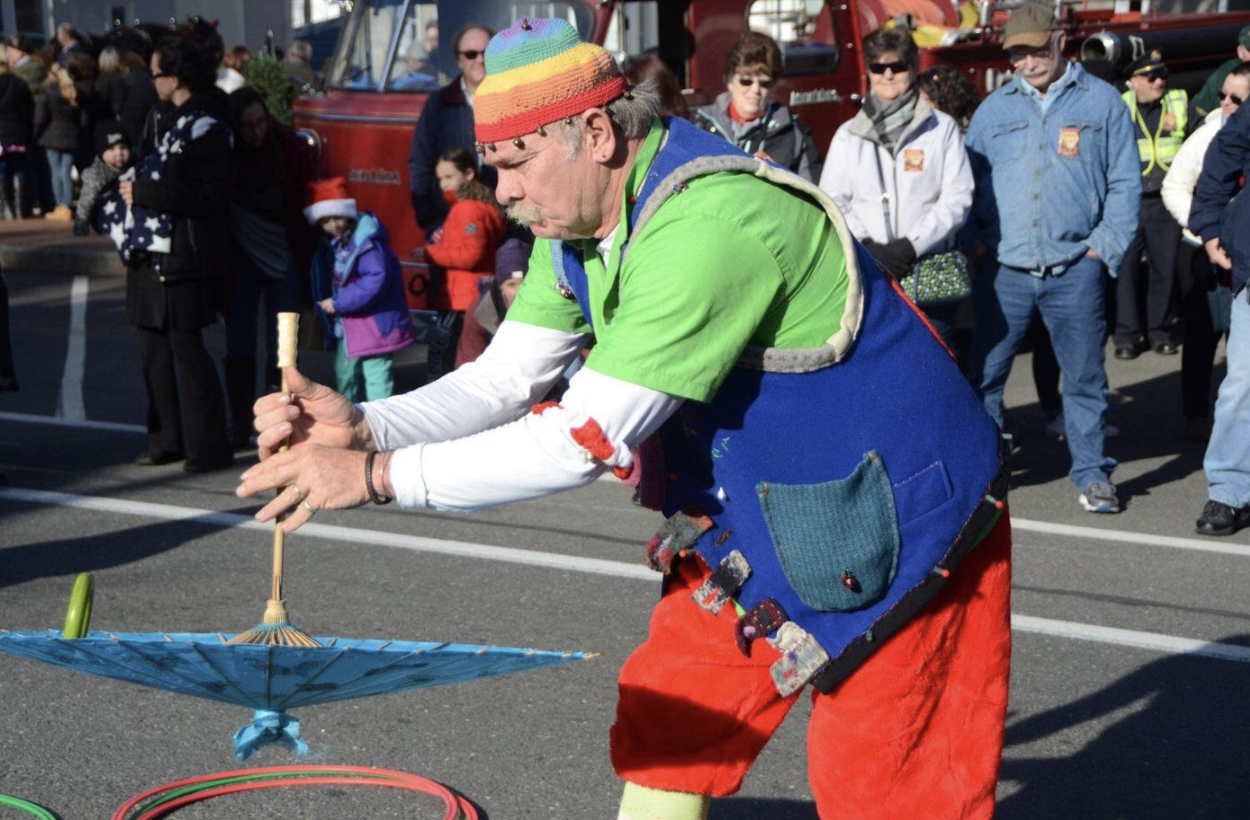 The next stop of this wandering Jester is Berkshire Busk!.  Roger the Jester, also known as Roger Reed, will be lighting up everyone’s day on August 7th.
‍
Reed began his fruitful career as a photojournalist until he began to ask himself a question everyone should ponder in times of uncertainty: what makes me truly happy? The conclusion Reed came to was that he thrives when he makes people laugh and smile. This launched him into the world of performing arts.
‍
The jester studied in Celebration Barn Theater in Maine for mimes, which taught him all the basics and inspired him to continue pursuing this fulfilling career. After performing with a group of friends from mime school, Roger Reed realized that he thrives as a solo performer and preferred to engage with the audience directly. The best way to do this is through street performance. So, he headed to Boston where he found popularity and was booked and busy!
‍
Taking his career to the next level and exploring his abilities even further, Roger Reed joined the Mummenschanz Theater Group on Broadway in NYC. He performed and traveled with this internationally notorious Swiss mask troupe until it came to an end. At that point, Roger Reed again was faced with a life changing question, “What now?”
‍
The answer was clear. It was time to go back to his roots of street performing as a jester, but now, take it international. Traveling across 25 different countries, he left a trail of laughter behind. He thrived in this nomadic lifestyle that gave him priceless experiences, such as the story of the kind hearted Italian villagers. Roger Reed is known as the guy who can be “dropped anywhere in the world and he would be fine.”

Roger Reed’s style of performance is improvisational and audience driven, which makes every act different and special. I asked Roger the Jester for some advice to any up-and-coming performers and this is his main tip: “A perfect routine does not exist. Embrace every mistake you make. Imperfections are what relates you to the audience.” With this, Roger Reed succeeds in making each of his performances charmingly imperfect. 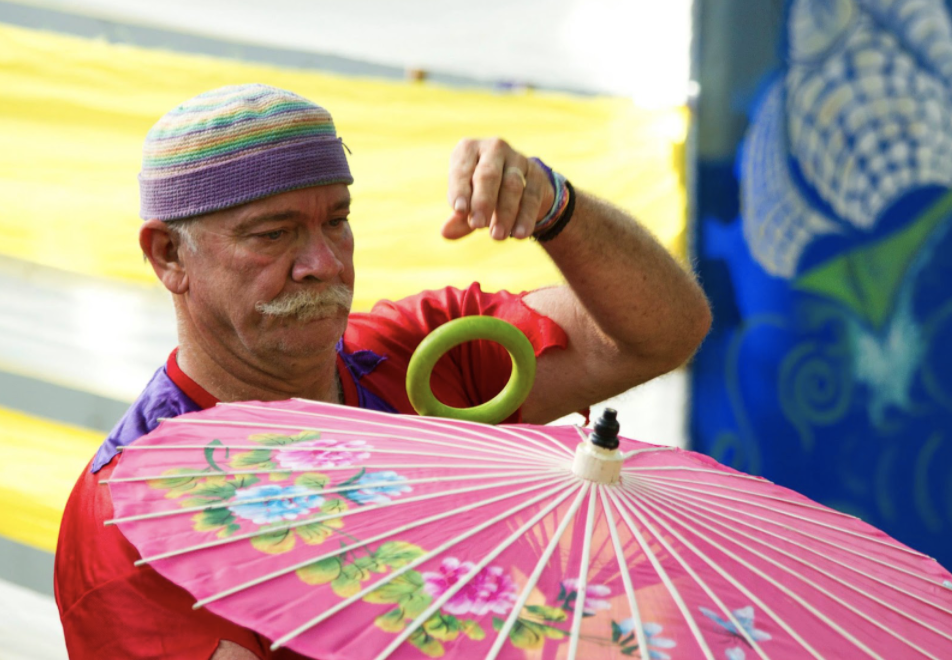