Great Barrington or Busk
by Abigail Hanna
Photos by Abigail Hanna
“Our lives are to be used and thus to be lived as fully as possible, and truly it seems that we are never so alive as when we concern ourselves with other people...“The reason I fight for the arts as well as against hunger is because the arts are the qualitative way, are the effective way, are the traditional way we learn to make value decisions about who and what we are.”-Harry Chapin 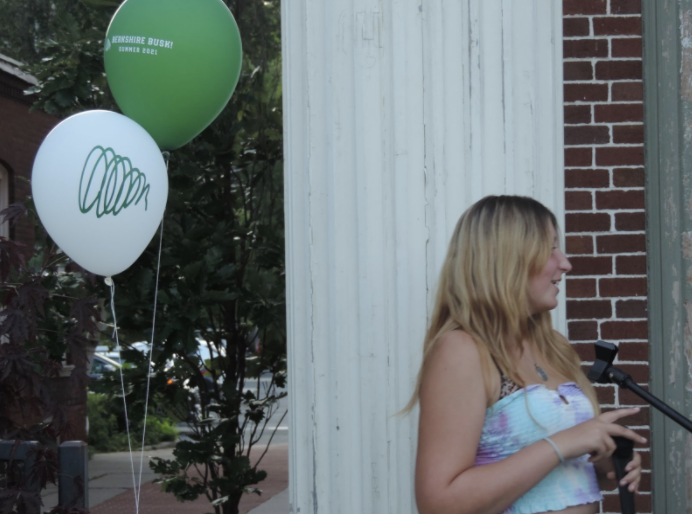 Now that we are halfway through the summer and Berkshire Busk! has settled into the community of Great Barrington, I have had the opportunity to fully immerse myself in this new festival experience which felt, at the same time, all too wonderfully familiar.
As the social media coordinator for Berkshire Busk!, I was hired to be responsible for sorting through photographs of buskers as they were scheduled to perform in Great Barrington, Massachusetts this summer. Looking at photos on screens was something I, and practically everybody else, had become all too familiar with during the past year of the coronavirus pandemic. But to do this in anticipation of an actual event, with real, live people made checking my phone all day a little less loathsome.

When the pandemic began, I had just graduated from college and I was working part-time at a coffee shop, something that I realized very quickly I was not meant to do for the rest of my life. As the world shut down around me and everybody stayed indoors, I started to revisit a passion that I had almost forgotten about: music. My parents, both boomers, raised me on classic rock, especially in the vein of folk artists like Harry Chapin and James Taylor, and I grew up listening to and plucking out endless Beatles tunes on my guitar. I have always enjoyed singing and songwriting since I was thirteen years old, but it had taken a back seat to academic study. At the end of my senior year, I had actually begun to perform at open mics and gain a bit of confidence in my performance ability in December of 2020, but then...well, the funniest thing happened.

The more I stayed inside and played my guitar instead of letting it collect dust in the corner, the more I remembered how much I loved it, and simply being around music in general. I realized that no matter what I did in my life, I always wanted to be a stone’s throw from musical performance and artistic creativity. So, when the opportunity came to work as part of a team on a brand-new busking festival in my own state, I knew I had to take it, and see where it would take me.
For me, music and art are about communication between people. Being isolated and listening to countless hours of music - both oldies from beloved household names and originals from up-and-coming artists on Instagram - made me realize that our creativity is one of the most important aspects of being human. Much of that creativity can come from one person playing guitar in their bedroom alone, but it takes a village (like Great Barrington!) to share that creativity, and combine it with the passions of different people and perspectives to create something truly magical as the sum of its parts. Most of my job takes place on a screen, but each weekend, witnessing this magic unfold along Main Street makes all those hours hunched over my laptop ten times worth it. To play a role in the process of an artist who is gaining confidence in sharing their passion with the world:That is much more than I could have ever imagined asking for from this experience. 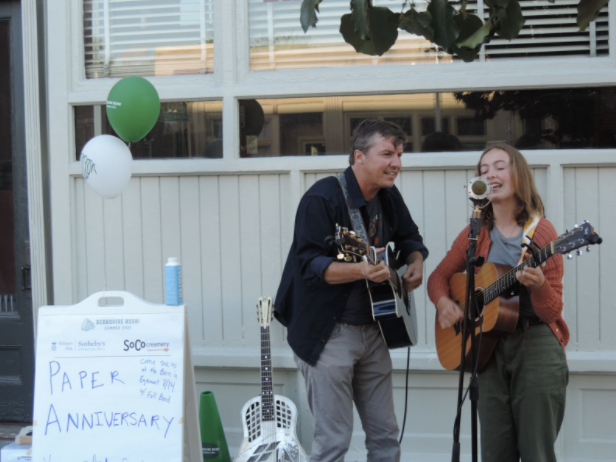 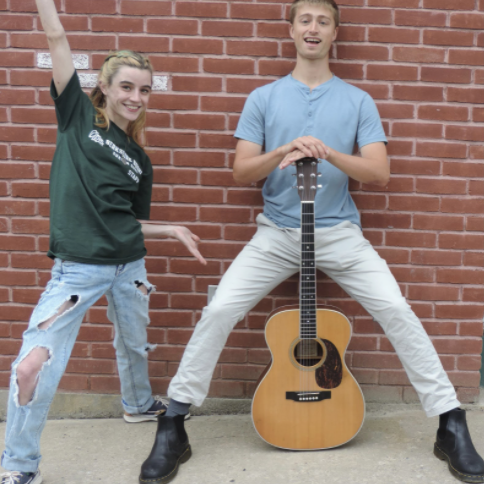 For five weeks now, I have sat and watched as each busker, whose photo I have studied, comes into the BB Headquarters and checks in for their performance. There are musicians, of course, but the variety of talent the buskers bring expands widely beyond that. We’ve had drumming groups, interactive dress-creating, and even some wild acrobatic and magic acts. That, to me, was part of the beauty of Berkshire Busk!: The formula of street performance allows for much more flexibility in terms of entertainment.  If you didn’t vibe with one act, you can walk a few blocks to the next one.  It also allows for artists to make a living through their passions and what they want to share with the world, through interaction at a face-to-face level that was so sorely missed during the pandemic.
We are now halfway through the Berkshire Busk! festival, and each weekend I drive to Great Barrington for the performances, I hear more and more people catching on. At the beginning of July, people seemed confused at the balloons and posters that our production team puts up every Friday and Saturday night. However, by the end of the month, anyone who asked their friend about these green-and-white decorations was met with an excited, “Oh, don’t you know? That’s the Berkshire Busk!” To sit on my couch, watching the videos and listening to the songs that buskers send in on my computer was one thing, but to actually experience them perform has made every preparation issue for this event seem almost insignificant in comparison.
‍
When I was just starting to play guitar, my teacher told me about a certain type of moment you know by heart as a performer, a moment during your show when you know you’re hitting all the right notes, the audience is silently listening, and it just hits you that something just feels very right. After a year of quarantine, many people seem very eager to start reliving this moment again. With five weeks of busking behind us and five left to go, I have had the absolute honor of taking part in this special emotion with every new busker I meet.