“Like a Plant Towards the Sun”: Cate Great
Abby Hanna 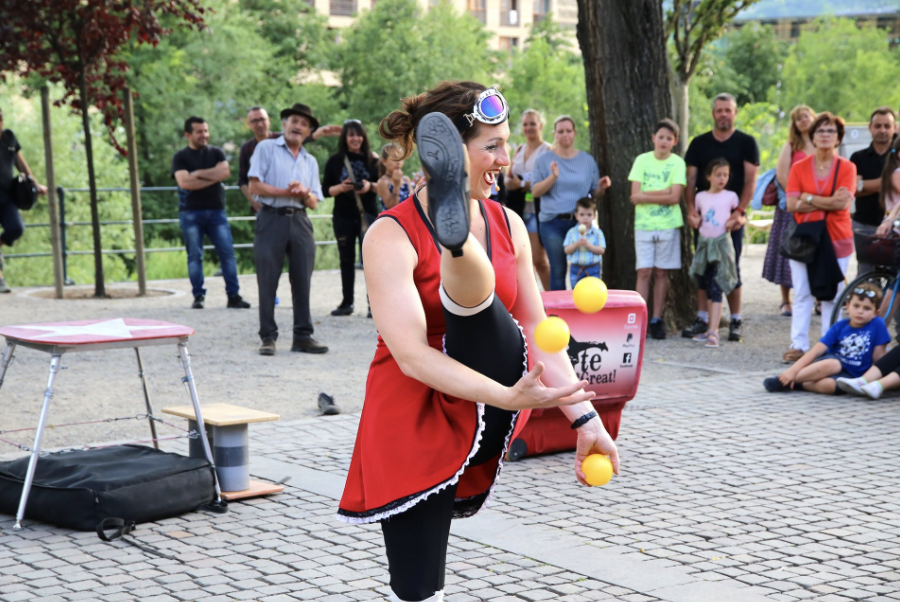 Catherine Flaherty grew up climbing trees in her home state of Florida. She was a competitive swimmer in high school, but felt she was not quite tall enough to continue in college, so she decided to switch gears and sign up for a circus program, discovering a love for acrobatics. This eventually led her to the Quebec Circus School, where she was trained in the art of circus and street performance. Now, as a seventeen-year veteran of stage and street, “Cate Great” has performed in over ten different countries.
I had a chance to speak with Cate about how she got into street performance and what it was like to graduate directly into the 2008 financial crash. With initial dreams about joining a circus troupe but uncertain about the future, she rewrote her street show, and ran with it:
‍
“It just made me really happy to do it,” she told me over Zoom. “I could say what I wanted, I could do what I wanted...I didn’t have to listen to producers who might have their own opinions. I just had to listen to the audience.”
‍
Cate also reflected on the nature of busking, gathering audiences and what it’s actually like to be a street performer. “You get a sense of how the audience feels, what their attention span is like, as you’re getting into the show and you adapt to that - like a plant turning towards the sun: You’re the same plant, you just go in the direction [the audience is]...you have to meet the people where they are.”
‍
Cate says that over the years, she had seen a lot of buskers do their thing and fail over and over again - and while ‘humiliation’ is an essential part of learning how to busk for street audiences, many performers would take advice from other buskers word-for-word to try and change their shows. Responding to this, Cate says her real advice is to first of all, know what you want to do and find a way to make that work, and keep working at it until it does.
‍
Second of all, “Take all advice, but find the essence of that advice, rather than the technicalities of it. If somebody tells you, ‘You have to do this one thing to get the crowd to like you,’ ask yourself why that one thing makes the crowd like them, then find your own way to accomplish that, rather than just imitating what that person said without understanding it.”
‍
“There is a structure to street theater that works, right? And a lot of people just take that structure and do that. There was this really interesting stem cell experiment a few years ago where scientists recreated a functioning mouse heart by taking an old mouse heart, cleaning away the tissue, and growing new stem cells. They used an old structure, but it’s a new heart. And I always thought that was applicable to street performing: You can take that old structure, remove the things that aren’t you, and put yourself in that structure to make a show.
‍
Though Cate joked about how working as an accountant sounds nice after decades of working as a busker, she says that she gets back exactly what she gives to her show, and gets a certain joy out of being on the street with her audience that doesn’t come from any other.
One of the unique facets of busking is that it gives artists an opportunity to perform for all walks of life, and each viewer of the show tips exactly what they felt the performance was worth to them. The audience knows their money goes directly to the performer, and the performer knows exactly what their show means to the audience. Cate feels that it is one of the last things that every family, regardless of background, can do together, as opposed to shows that cost fifty dollars per ticket and are only accessible to a sliver of the world. The audiences get to see the same quality show regardless of their income. 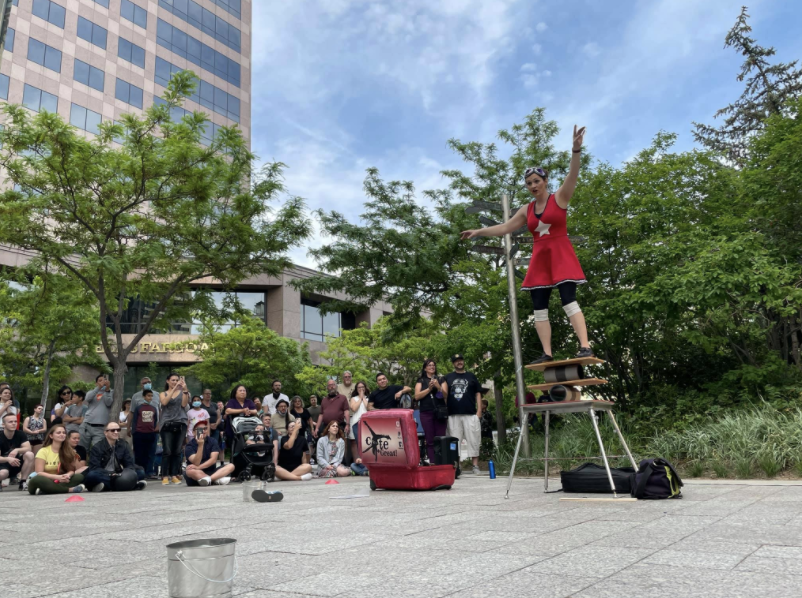 “The other thing I really love about street theater is that I am on the ground with people - were not separated by theatrical lighting, or stairs, or stages - the experience is not happening at them , it’s happening with them, and I think that’s a kind of magic you just can’t get in other types of performance.”
‍
Cate Great will be performing at BerkshireBusk! the weekend of September 6, on both Friday and Saturday nights between 6:00 PM and 8:00 PM on Railroad Street.